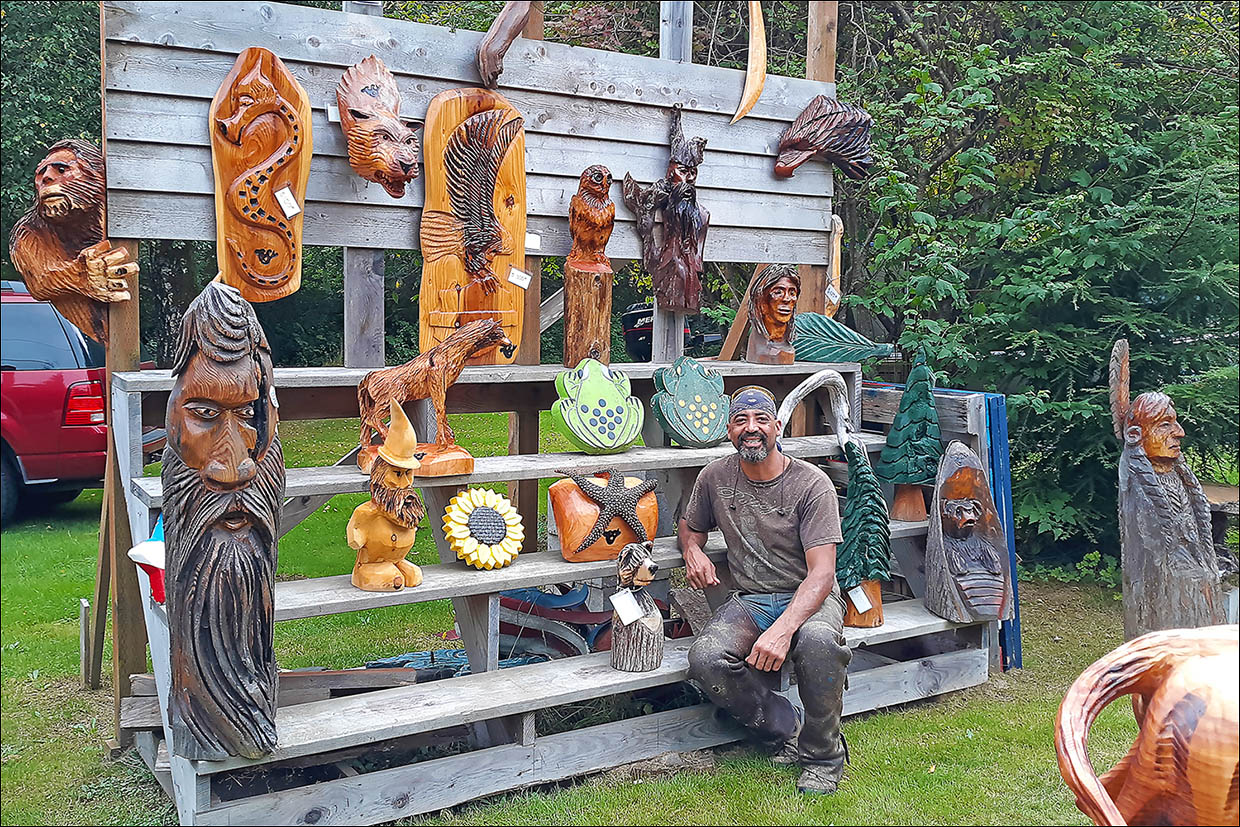 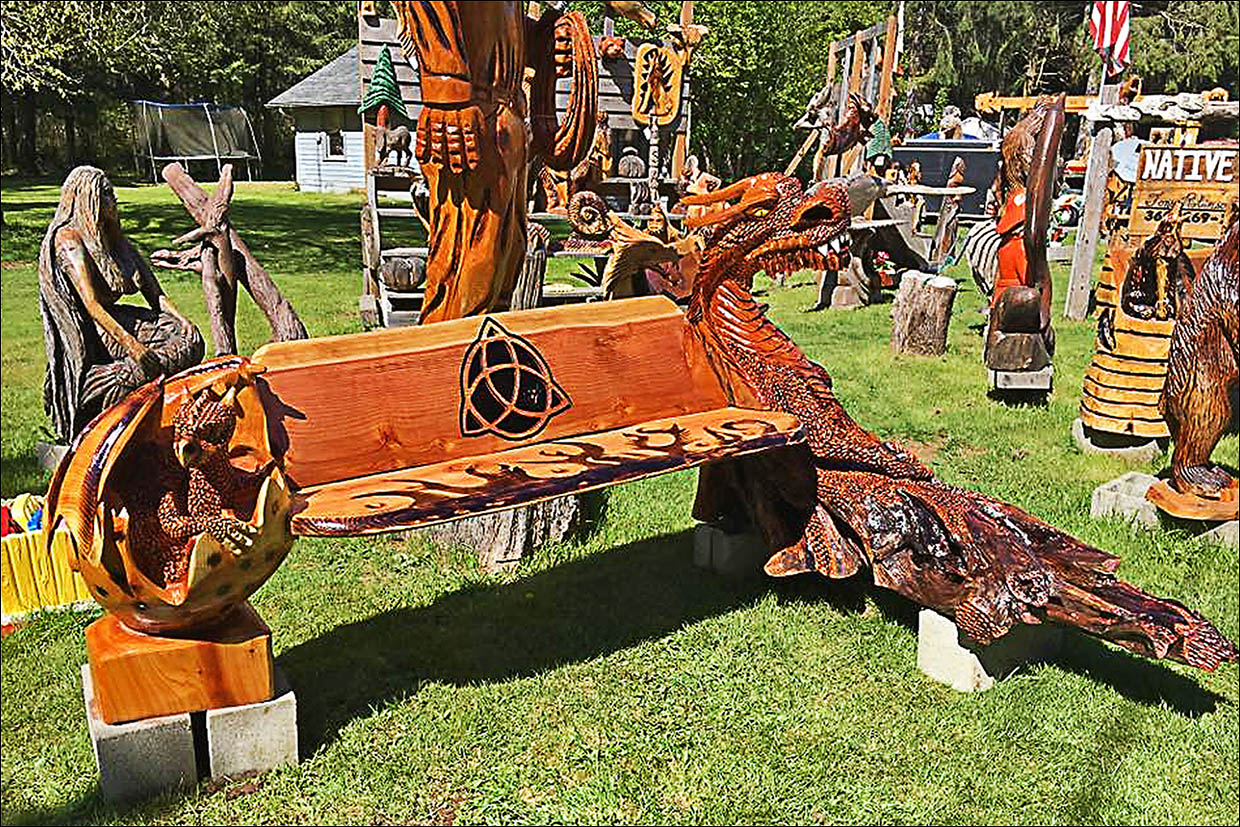 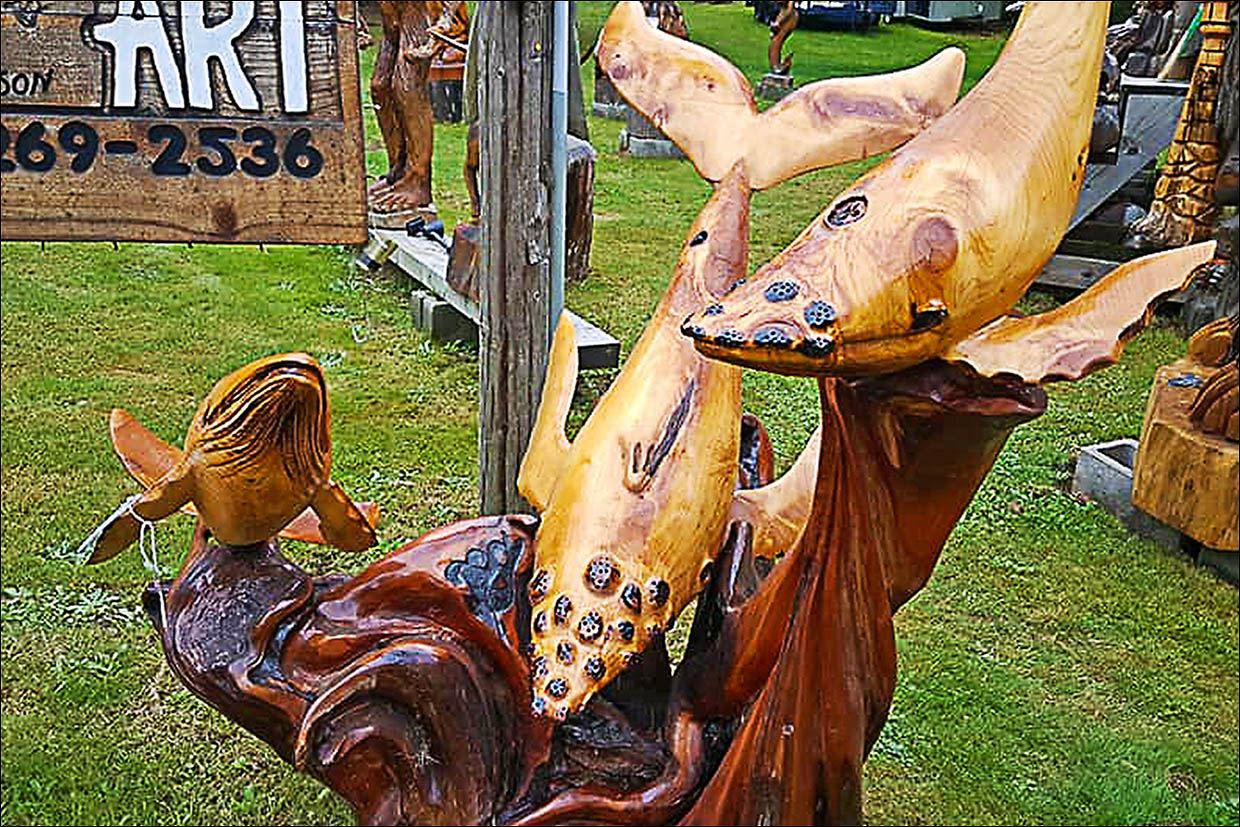 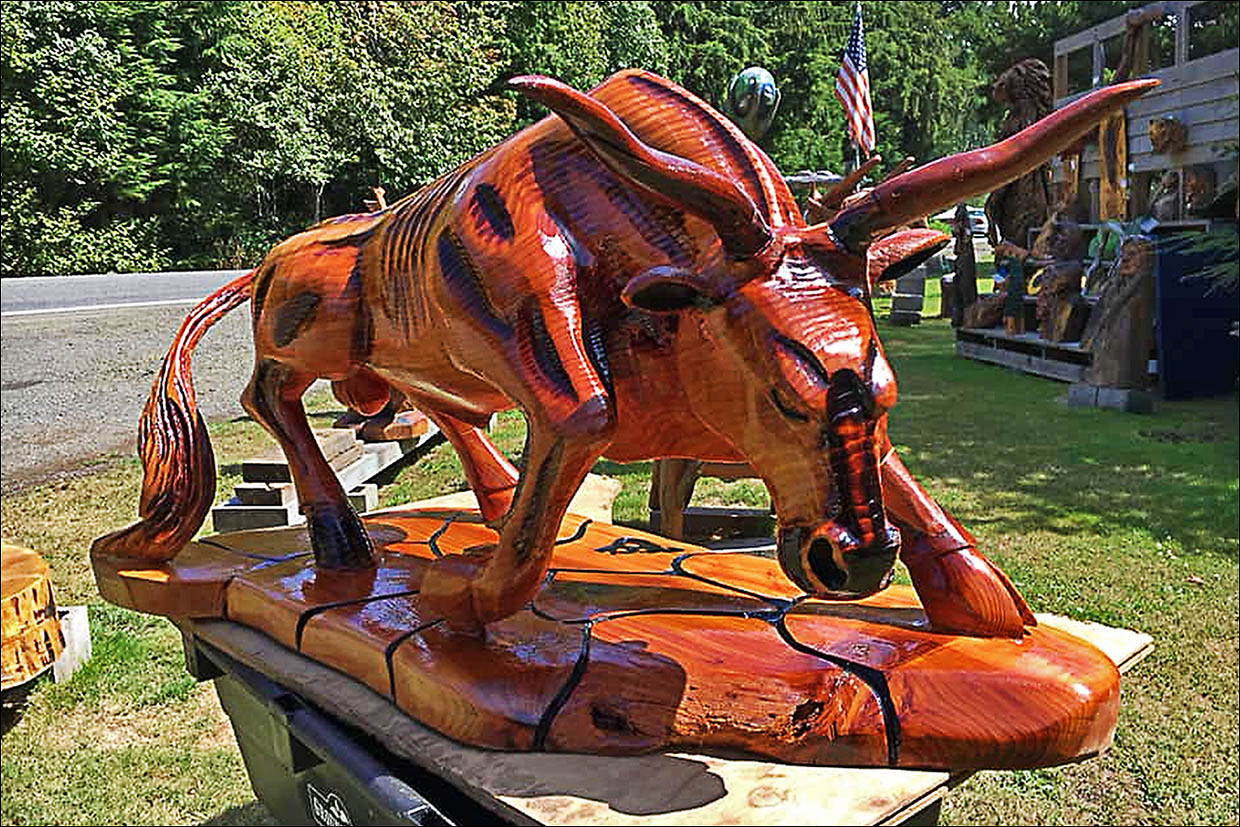 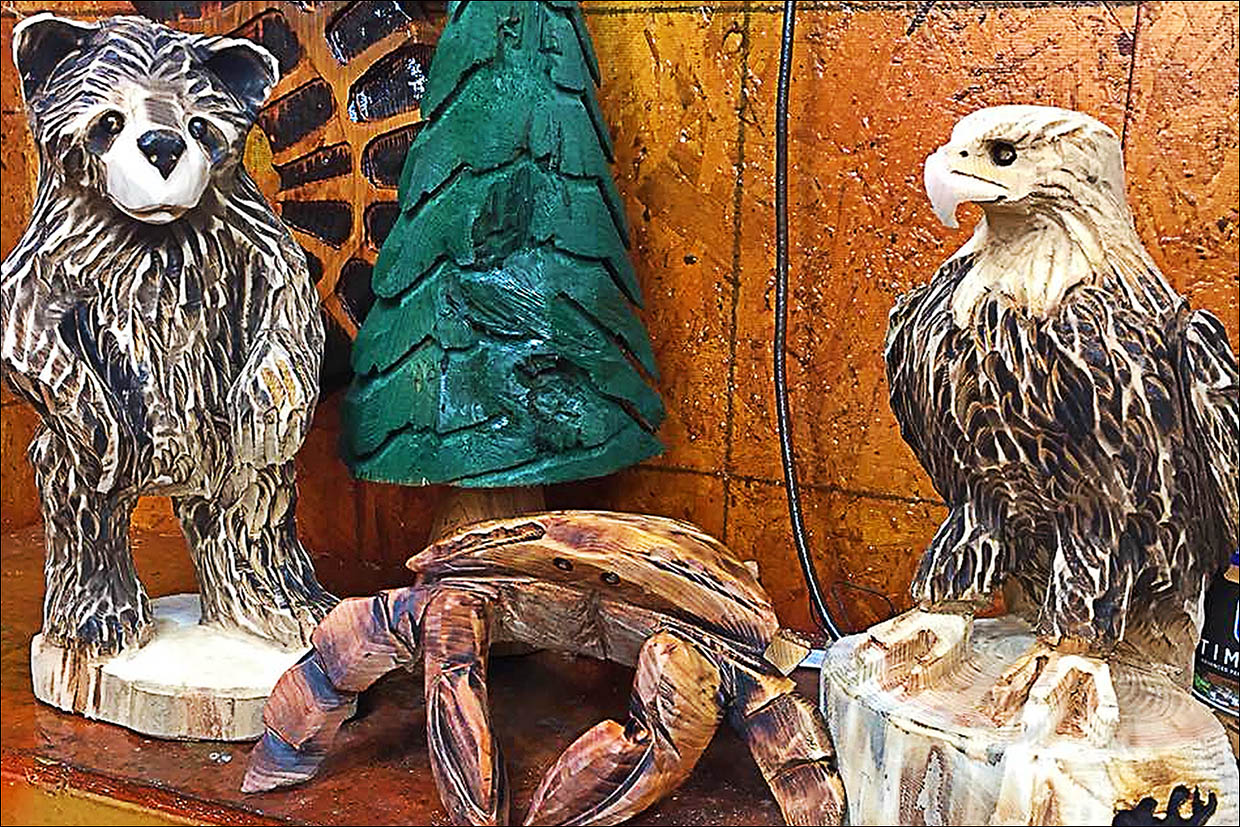 Tony Robinson grew up on a farm in Ohio and later built custom homes after relocating to the Grays Harbor area of Washington State. But after 20 years, his artistic side called, and he turned his attention first to hand-made art items and later to the super-sized, almost gigantic chainsaw sculpted statues.

Living in Copalis Crossing, Tony may be found carving at his home studio. Look for the Native Beach Accessories sign and ever-changing display of chainsaw carvings on display as you drive on Ocean Beach Road.

Watching Tony at work is to observe a buzz saw of activity, fueled by whining chain saws and his every present movement.

“One day, I was walking on the beach and found a large piece of driftwood. I wanted to carve it into a wolf,” he says. “I bought a chainsaw, took it to the beach and started carving. I made a gigantic mess.”

That lit a fire, and after friend Jeffro Uitto gave him a piece of driftwood, Tony created a now-famous image of wild horses that he titled "Hurricane." Tony sees his creative life as a journey that only started when he was 40. Tony felt honored when Keith Hoffman asked him to join Seabreeze Gallery at Hogan's Corner, the turn from State Route 109 on the Hidden Coast Scenic Byway toward Ocean Shores.

“You need three things to be an artist – a gift, ambition, and desire,” he says. Now his new job has become a passion that takes up both nights and days.

His favorite subjects are magnificent creatures from the natural environment, such as whales, wolves, salmon, bears, eagles, and the ever-popular Big Foot. "Growler" now brings his giant footprint and presence to the food truck outdoor court in Seabrook.

And, he has also been called upon to create life-size sculptures of Seahawk players. You'll find these around the North Beach, including Ocean City Market Place and at his home studio from time to time.

His process begins by roughing out a shape in immature wood in a large carving tent. A smaller tent is used to dry the wood, after which Tony can carve more intricate details. Some wood is left in its natural state, some varnished, and some painted for effect. He often returns to pieces with new items he can not resist.

Tony receives support from many of his friends from every walk of life. His work now graces homes and businesses all over Washington State. "I have never had trouble getting wood," says Tony, "I know the right people and often trade sculpture for wood."

Many find it odd that Tony has no formal art training but he is an avid reader and has developed a keen sense of drawing. “They say you need to learn to draw in order to sculpt,” he quips. “I did it the other way around.”

Tony believes in supporting his community and the North Beach region. His art has been donated to charitable events including the Museum of the North Beach annual Heritage Fair.

This year, he carved on-site at Chapel By The Sea for the Spring Fair. Carving three sculptures during the event, he donated one of those creations to the chapel. "Tiny" is a hummingbird. As the smallest bird, it ties in with the meaning in several ways to this #tinybutmighty church on the Hidden Coast Scenic Byway.

“ “Thankfully I found a place to call home. Here next to the sea, friends have become family, and when I go away, I love nothing more than to return to our mountains, forests, and ocean," Tony said.